I love Maclolm Gladwell books.  I have read them all and think that Tipping Point and Blink are among my favorites.  So, it was with great excitement I purchased his new book: David and Goliath.  Normally, I borrow new books from the library as they are quite expensive, so I was so excited to see that this was available on Amazon for only $3.99; now I know why.

This book is very mediocre.  Great premise: what people often think are weaknesses are actually strengths and areas where people think they have a disadvantage can be advantages.  He starts off with some great chapters and continues his typical style of introducing a new 'anecdote' for each chapter and 'point' he is trying to make.  The book starts off really strong.  There is a great chapter about basketball and full court pressing and then moves on to talk about dyslexia and how many CEOs and other very successful people have dyslexia and have 'compensated' through having strengths in other areas.

Perhaps one of my favorite ideas he talked about was the idea of an inverted U.  Basically, its a theory that talks about how as you go up in number it improves or changes things for the better until it gets too big then goes back down.  The case he uses, which was very interesting, was class size.  The point in the context for the book was: one assumes that smaller class size is always better but that's not true.  Once you get to a certain number that is too small, the class actually gets worst.  Same on the other end; so, you want the number in the middle.

Anyway, the book had a really solid first third.  The last third was more difficult to get through.  The stories were less interesting and less connected and less supportive of his overall thesis.  In fact, some of the stories were just bad.  I think the biggest problem with the book was the overall idea in general.  With Tipping Point and Blink, Gladwell does such an amazing job of making you understand not just his theory but why its important to know in our lives today.  While he tries to follow that same goal with this book, it falls more flat.  The theory is not as good, the cases are not as supportive, and the writing is less exciting.

Nonetheless, I still recommend the book, especially if you are Gladwell fan.  His writing style is still very engaging and the stories he offered are pretty interesting, especially at the start.  It's not a long read and is pretty easy to get through so I would definitely recommend.
Posted by droth8um at 2:45 PM No comments: 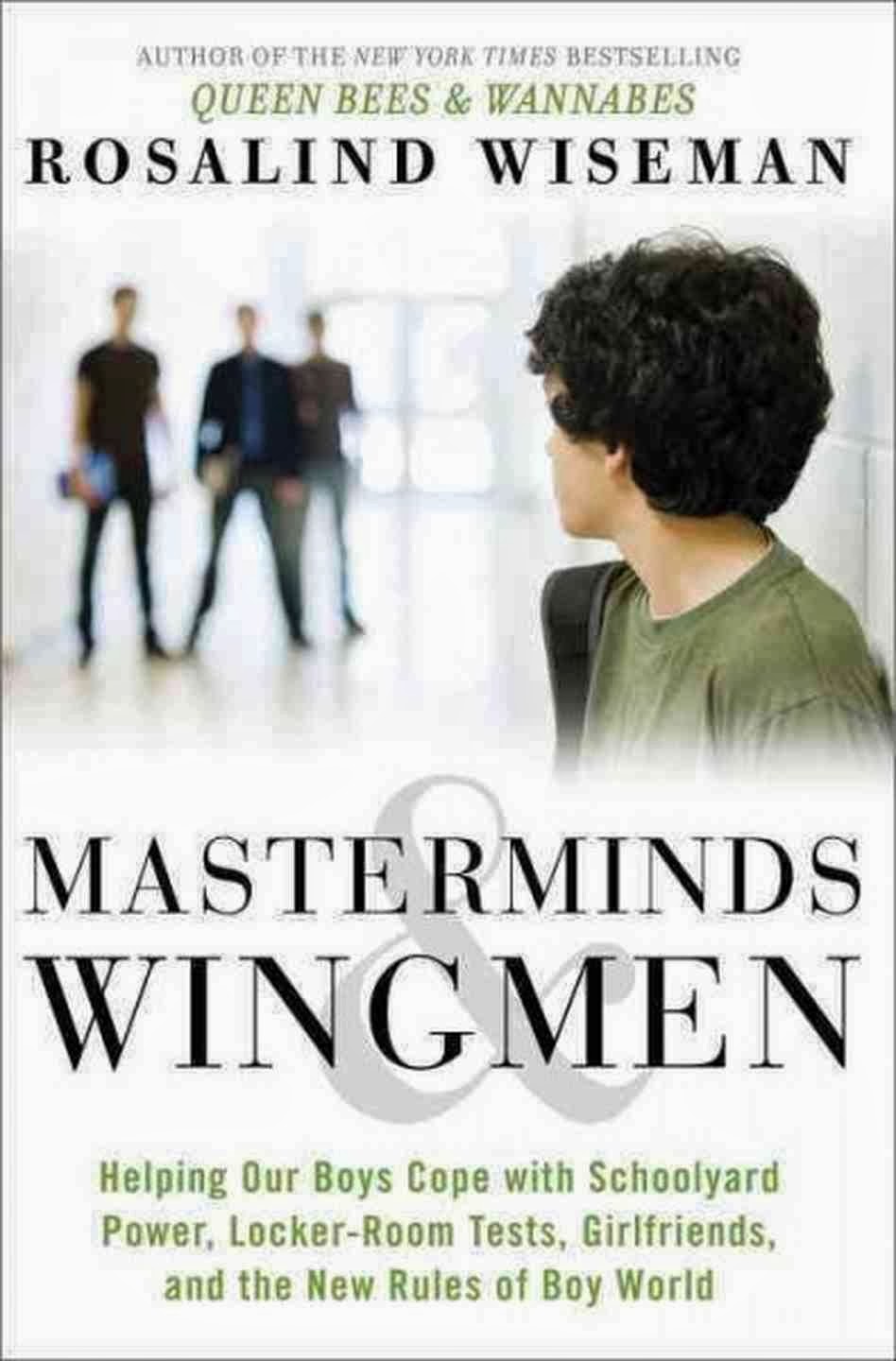 Masterminds and Wingmen seemed a book worth reading when I heard about.  It's written by the same author who wrote Queen Bees and Wannabes, which went on to be the basis for the movie Mean Girls, and was supposed to be one of the best books to really describe and help to have people understand girls.  Masterminds and Wingmen, is supposed to be the same version for boys.  Seeing as I have a 3 year old son and work with many boys in school, I thought it would be a very relevant book in my life.  Unfortunately, it did not live up to my expectations.

The book is okay.  It starts off very interesting and I was quite engaged at the beginning but as it went on, it became harder and harder to stick with it.  In fact, the last chapter (the longest?) about girls and dating, I was on total skim mode.  In general, the premise of it is pretty good: she talked with a whole bunch of adolescent boys, they shared their 'secrets' and then she organized and explained what to make of those for the average reader to better understand.  So, on a positive, it did provide me some interesting glimpses into the way boys think and act.  It did make me question some of my assumptions about boys and it definitely made me think back to when I was a kid and a few indiscretions I had.  The book certainly had moments of really good points when she talked about strategies that she thinks work well with boys in various situations.  But those useful strategies were few and far between.

Sadly, the book had far more negatives going for it.  First, its a long read and I struggled with her writing style.  Besides writing in a incredibly familiar tone (I'm pretty sure she's not actually my friend), she comes off as very pretentious and as if she's an expert.  As it's a type of 'self-help' book, I get that, but rarely did she ever doubt what she was saying nor do I really understand her qualifications.  Second, this book  is really for a very specific group in society.  Middle-upper class white people; further, probably just mothers.  Almost all the problems she discusses are based on this group of society and it was constantly annoying how she explained clearly what a mother should do but rarely mentioned a father.  Third, I was hoping this book would actually provide me a lot of new ideas.  It did not, perhaps because I am in education, I knew many of what she suggested, but I found much of this elementary.  Perhaps there are parents out there that could really get a lot of it?  Finally, the best part of her book, the quotes from students, were often just segways and setups for the next section or point in her book.  I really wish she would have spent more time with what they said and had more explanation.

So, perhaps this book is good for you.  If you loved her last book, are a clueless person with kids, or really feel you don't understand boys that well, than this would be a worthwhile read.  For me, I'll pass on any future books by her for a while... now if a movie comes out, I guess I could give  a couple hours to that :)
Posted by droth8um at 12:09 PM No comments: