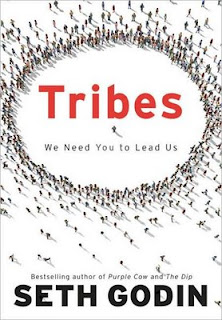 From time to time in this blog I will review books that have something to do with education. Since 2005, probably 1/3 to of the books I have read have had to do with education (thanks alot UVA). For most, these reviews will be incredibly boring (almost as boring as the current season of Grey's Anatomy -- yeah I watch it, so what? Seriously though, how bad is this show this year? I'm mean, get over yourself people). This book was read for job/educational purposes.

The book is called We Need You to Lead Us and it is written by Seth Godin. Although not about education specifically, it was recommended by a fellow educator who looks at education from more of a leadership perspective. This book, specifically, deals with leadership and how to become a leader of "tribes" of people. This book had some really ridiculous parts and some really great parts... I'll go through both.

On the bad side was this ridiculous title. The Tribes part doesn't bother me, but the "We need you to lead us" is goofy. This leads to another problem was the preachiness of the whole book. So much was about how it was all about YOU and that YOU can change everything just by doing a few things. Unfortunately his suggestions are so vague and overly general it lacks some significant substance. Ironically, he mentions in the book how people will criticize him for not being specific enough, well here you go buddy, you got it. The other annoying thing is that he is disagrees with himself throughout the book. He will say that one of the worst things is to lead without knowing where you are going and then he includes a quotation later that states something like "I don't know where I am going. I guess I will just lead". Silly author. Other times he will talk about leading by being innovative than others he says sometimes you shouldn't change what works.

I really like other parts of the book, however. Because the book is short and really written as a bunch of almost random blog entries, it's a very quick read. And since he does not have any extremely specific suggestions on how to lead or create a tribe, you are left with some major, BIG ideas. I actually like these thoughts. Like, don't be afraid. He states that fear is what holds most people back from moving up or forward in their jobs. Also, don't settle for the status quo. In fact, he suggests almost being a revolutionary in your work.

His overall point was that if you get rid of your fear, persevere through people trying to hold you back who want you to maintain the status quo, and follow your passions, you will become a leader and ultimately people will follow you. Your "Tribe" will be created and grow because of your passion and love for whatever it is you believe in.

Overall, kind of self-helpy but I actually full agree with his overall message. People, in general, are afraid to change and to try something new. Change is hard and its much easier to do nothing. But, in the end, more happiness and success can be achieved by trying something new and being different.

Check this book out if you are motivated to change who you are in your job or think about ways to differentiate yourself from others around you. Just be prepared that you have to get through some of Godin's "too cool for school" (no pun attended) way of thinking.
Posted by droth8um at 10:24 AM 1 comment: 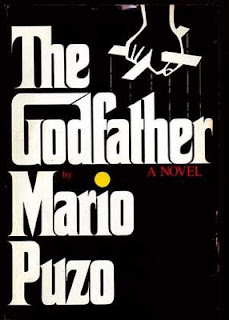 1969 was truly an impressive end to a decade. In the future, I will find it difficult to not include the release of the Godfather as a major event for that year.
Posted by droth8um at 5:38 PM No comments: 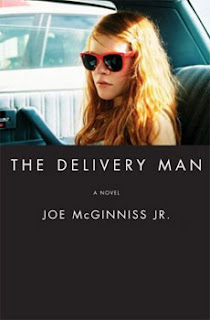 It is not often in my young career as an upstart book blogger I can review a book that probably nobody has read but today is that day. First a little background.

As anybody who reads this blog probably knows, I enjoy basketball. I play often and it is one of my few passions (besides 8-bit Nintendo playing). When I lived in D.C. for a short while I played at a gym up there with a buddy of mine from Hawaii who got me into the game. There was some good players up there and one incredible 3 point shooter. Anyway, fast forward a year and I am no longer playing there and my buddy has left but he forwards me a link about a book this 3 point shooter actually wrote. This is weird. First off when you play b-ball with strangers you don't really think about what they do for a living... really, you are just thinking about basketball. Second, when you hear that a basketball player is a narrative writer it is even weirder. Anyway, I picked up Joe's book The Delivery Man not expecting a whole bunch from a fellow basketball player yet it turned out to be really entertaining and quite good.

The book is basically a story about a group of young 20-somethings in Las Vegas. The main character is a guy named Chase who has more than a few problems in life...drugs, sex, violence (you know, the usual). Anyway, the story has a sort of Catcher in the Rye feel to it as Chase has so many issues but you can't help feeling for the guy and hoping he'll pull it together and not ruin everything. Also, the stories and escapades he gets into are incredible.

One of the major criteria when I review and ultimately rank books is how entertaining the book is. I said early on, I don't know that much about symbolism and literature tools but I know what is a page-turner and interesting to read... this book was tough to put down. The story is captivating and you really get into the characters. I wouldn't say I could identify with them on face value but the problems they face and challenges the encounter are typical for anyone.

I do recommend this book to everyone. However, it is not for the timid. The language and scenes are certainly R-rated and this is most definitely a modern look at Vegas. Yet if you can get past that (or even embrace it) you will find this book to be quite a story that will be tough to not finish in a week. Obviously, the author is both a gifted basketball player and writer. Give him a chance and take read of this book.
Posted by droth8um at 9:14 AM 6 comments: 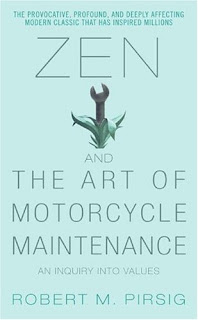 As the snow tapers to an end this Monday morning (and I celebrate the rare March canceling of school), I thought it would be nice to ruminate about this book I read years ago. For some reason, I have thought about it/heard about it two or three times in the past month.... this must be a sign then to think about this powerful, all encompassing book.

I read Zen and the Art of Motorcycle Maintenance right after college ended. For some reason, since my formal academic career has ended and people stopped telling me I HAD to read certain books, I find reading far more pleasurable and do it far more often. In my final year in college I took an interest in Buddhism. I took a class on it and still find it to be a religion that says a lot with simplicity. This book delves only slightly into the ideas of Zen-Buddhism but having a formal education in the religion proved helpful but certainly not necessary when reading.

The book was written in the 1970s and it is basically a road adventure novel ala Keourac. Unlike On the Road, far less drugs are used yet far deeper questions are unveiled. It is about the narrator and his son taking a cross country motorcycle ride. The ride, though, is only the template or the canvas which Pirsig paints his picture. The book is really a philosophical manifesto. It looks at the major questions of philosophy from the Greeks all the way through the current debate about the efficacy of technology.

Overall, I gave this book 4.5 stars. It is incredibly inspiring, amazingly thought provoking yet still wonderfully entertaining. To me, what is so great about the book is the author's contemplation of Eastern ideals and views with those of Western subjectivity and objectivity.

If you would like to read a book that makes you truly question your own values and this country's values read this book. You will probably have to do some thinking along the way but that wouldn't be the worst thing to do sometimes, would it?
Posted by droth8um at 8:50 AM No comments: