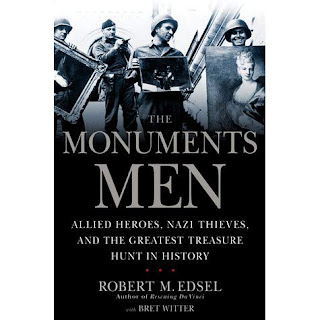 I'd recommend this book to nearly all readers. It's a great unknown piece of history, especially during one of the most important periods of all time. The stories of these heroes that truly saved some of the world's great masterpieces is not to be missed or underappreciated.
Posted by droth8um at 1:39 PM