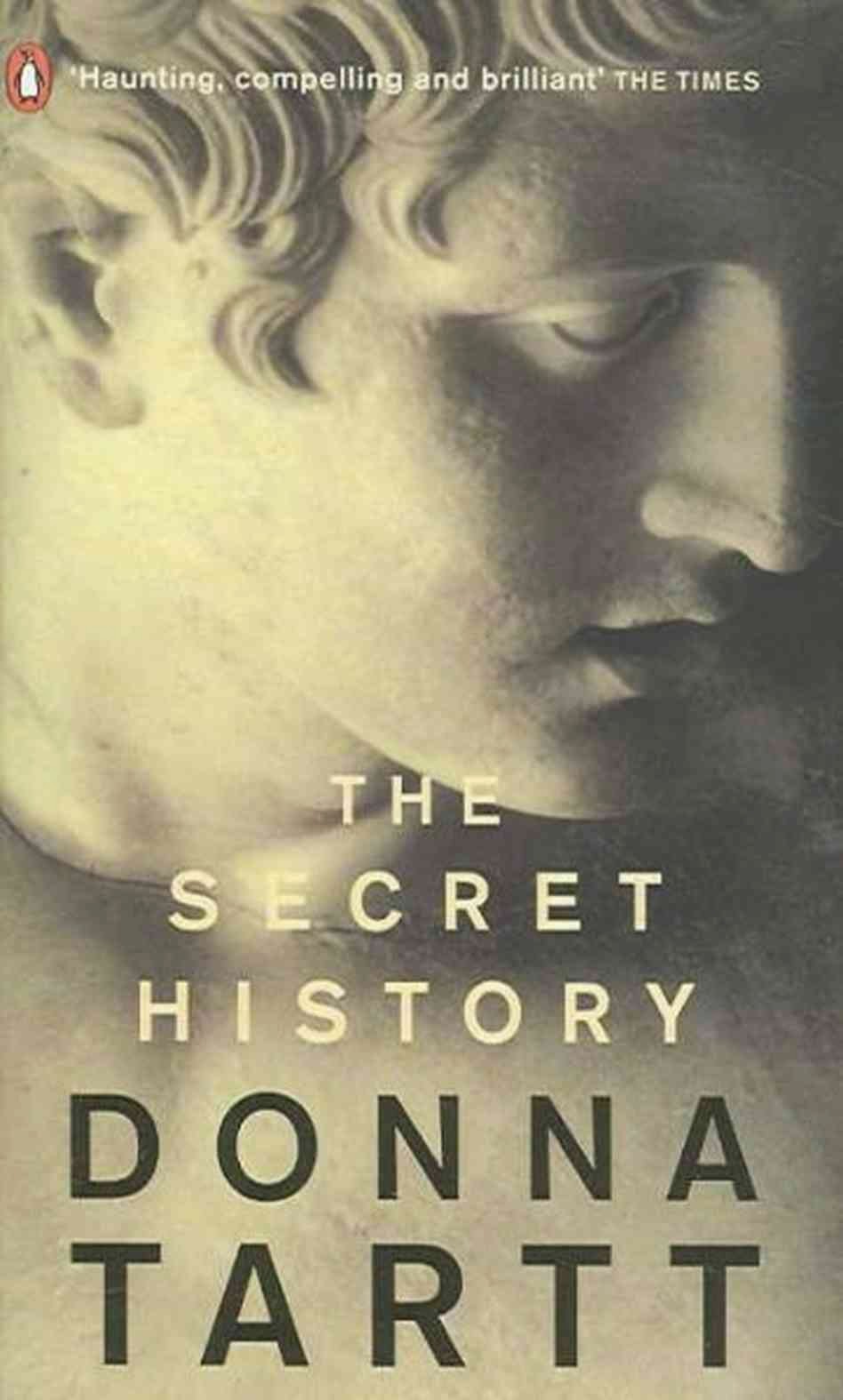 A couple of months ago, I read the Pulitzer Prize winning The Goldfinch by Donna Tartt.  As you can see from my review, it was one of my favorite books read in a while and a nearly perfect novel.  Tartt's first book, The Secret History, I was told was very good as well.  Incredibly, Tarrt does about a book a decade, and this was written way back in 1992.  As you can see from my rating, it was a pretty good book but quite obviously nowhere near as good as The Goldfinch.

Like The Goldfinch, both books are pretty dark, have young boys as the lead characters, and focus on alot of drugs and alcohol.   This particular story tells the tale of 5 friends at a Northeast college who commit a murder.  FYI - I did not just give anything away; in fact, the murder is revealed in the first few pages.  Rather than being a whodunit, it's a whydunit.

Overall, it's a pretty captivating and interesting novel.  I read it in nearly 3 weeks, which is impressive as I don't have a ton of free time (though I do thank the snow days) and it's over 550 pages.  But, it's really a fun novel to get into.  Like The Goldfinch, there is some incredibly great lines and paragraphs that I re-read just to understand fully.  Also, it's got some great plot points that move the novel on pretty quickly, though it still does slow a bit from to time as the reader might go through 10 or 20 pages with nothing really happening.

The best part of the novel, however, are the amazing descriptions and interplay of the 5 main characters.  By the end, you truly get a very good sense of their motivations, interests, characteristics, etc.   In many ways, the plot is just the mechanism for Tartt to work through introducing, describing, and explaining why these people do what they do.  By the book's end, you really have a great investment in how everything will end up for these people.  (Side note: the book has a very interesting/odd Epilogue.  Basically, Tartt explains, with finality, what happens to nearly all (even minor) characters in the book.  While satisfying in some ways, it had kind of got a fake end of a movie feel).

It's hard for me not to compare and juxtapose this book with The Goldfinch.  Having enjoyed it so much and  finished it so recently, it was in the back of my head for most of the novel.  Basically, The Secret History is akin to Michael Jordan playing on the Bulls before Phil Jackson.  There was massive talent there and you could see he was going to be great but there were still a lot of things that needed to be put in place to be a champion.  I feel like Tartt was able to find her Phil Jackson and Scottie Pippen for The Goldfinch.  Very cool, The Secret History had many of the great elements of that book but just not perfected yet.  I guess one question is, will Tartt be able to win 6 championships like Jordan?  Unfortunately for me, and maybe others, it may take another decade or two to find out knowing the author's pace... that would be worth it though if the next novel is as good as The Secret History or anything quite like The Goldfinch.
Posted by droth8um at 11:56 AM