While not a book I had ever heard of till someone gave to me, Night Film was an awesome read and quite different than many other books I've read recently. Besides being a well written, page turning thriller, it was also one of the most creative books I've read.

Short synopsis - the book is about an investigative reporter, and two unexpected accomplices, who research a family whose father is famous for making thrilling and harrowing movies. The daughter of this director dies suddenly and many are left unsure what happened to her. Like any great mystery, the author does a phenomenal job of slowly pacing the book and providing small clues along the way to keep the reader interested and invested in the next page but never giving you enough to figure things out.

There were a couple of things about the book that made it so entertaining. First, the characters and mystery set forth in the plot or intriguing. Besides being a mystery novel in the classic sense, this book also included many uncertainties and confusions about this family. So many rumors and theories are discussed and alluded to but rarely is anything ever substantiated. From page 1, I was totally in on wanting to learn more about the life of the Cordova family and their crazy past.

Second, unlike most other paperback novels, this book had other elements included to add more intrigue and interest. Within the first few pages, pictures from fake magazine articles and websites were included and often in the book, a visual of something stated in the text was included. Unlike a picture book, the reader was treated to cool websites and visuals that made it feel more like I was investigating these items myself. Some of my favorite parts of the novel were when the text stopped and the author included one of these "artifacts" that I could sift through myself.

My only critique of the book, like many thrillers, is the ending. Though, in many ways, there was no way it was going to live up to my expectations. After being so enamored with the storytelling and characters leading up to the ending, I had a sense the ending would not impress like so much of the rest of the novel. While the ending wrapped things up nicely, I did still feel let down.

While I do recommend this book, it's important people realize it's dark. Some of the themes can be scary and morbid. However, if you can get past these (it is just a fictional book!), I believe the reader will be highly entertained! 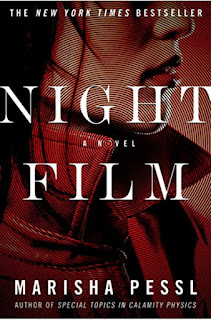