Well, after really struggling through my last book, The Name of the Rose (which earned a wretched review), I was so pleased to read The Emperor of Ocean Park. Not a book I was aware of, it was a nice surprise to read this enthralling legal thriller.

Written about 20 years ago, it reminded me of a smarter version of some of the classic Grisham novels (the old ones!). It was just as much of a page turner as the classic legal thrillers I mentioned above and the author did a great job of always putting a bit of a teaser at the end of each chapter. I loved the arc of the novel and the subject mater focus. In this case, the death of powerful judge weighs heavily on the remaining members of the family. Most poignantly, the narrator, who the novel focuses on as he works to determine what exactly led to his father's death and the mysteries of his life.

The book felt "smarter" than a Grisham based on many of the higher level references, including many characters who are law professors. There is also many references to chess; including numerous plot connections. In fact, the solving of one of the book's many mysteries goes back to a fairly unknown chess challenge. The writing also comes off as a bit more intelligent with some of the language he uses and content that is focused upon.

Overall, it's a very engaging read. Checking in at over 600 pages, it is a long read but after the book gets going and you get what the focus is about, it picks up quickly. The story has great characters and the mystery really gets in full swing by about half way through. I really enjoyed how quickly the plot moved though it did get slow in some parts. Really, the book stands out what the plot is moving forward and the action was the centerpiece. The biggest negative were the many self-indulgent parts of the narrator. Most chapters include small, or larger parts, of him sharing his thoughts of musings about a situation. Normally, this would be great but often they really did not come off as interesting of insightful. In some ways, they just take away from the book.

As a whole, however, I strongly suggest this book. It's an interesting and exciting read. 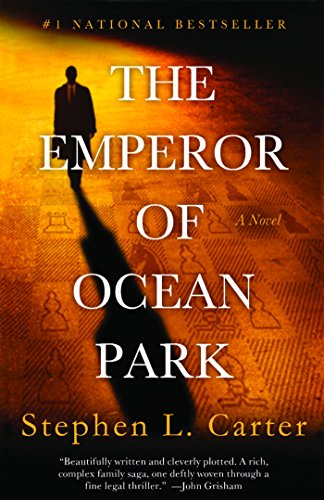