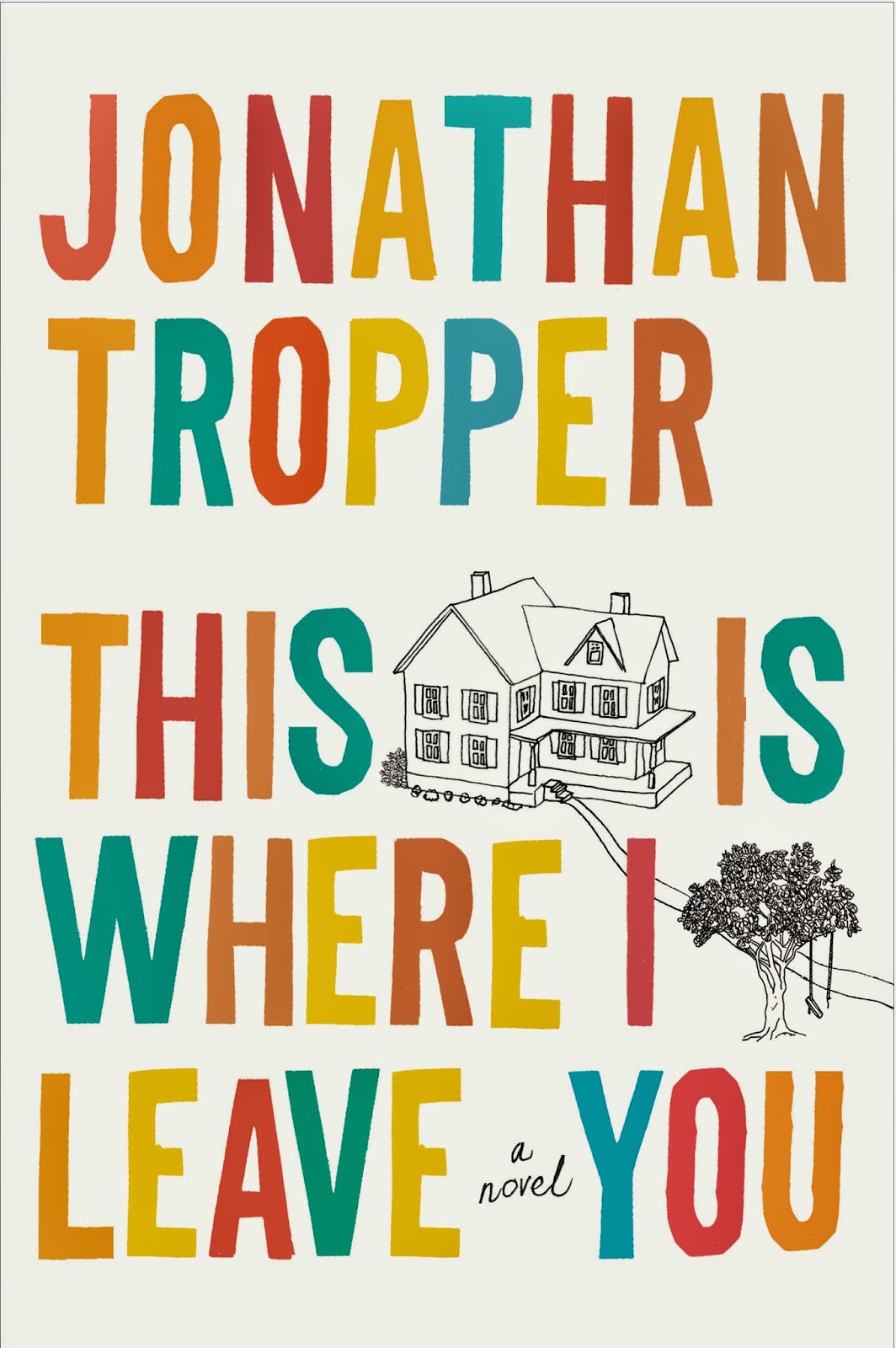 This is Where I Leave You is a kind of an odd novel.  As you may be aware, it was recently made into a major motion picture (which I would love to see but have not had the time yet), starring Jason Bateman, Tina Fey, and others.  What I found odd about the novel though is how I really felt I didn't like it for most of the book, but then finished it and though it was much better, but, now a week later am thinking back and sort of not liking it again.  Let my try to explain.

First, the book is a very entertaining read.  It's got some great characters and has some truly laugh out loud moments.  There is a lot of crisp, quick dialogue and great deals of sarcasm (I can totally get the Bateman/Fey choices for the movie).  The book also takes place in a fairly quick 7 day period following the death of the main character's farther.  Basically, the 35 year old main character, who just broke up with his adulterer wife, comes back home with his 3 siblings, mother, and family friends to sit shiva for his father.  Obviously, hilarious ensues...really it does.

Ok, so you got the premise.  Around half way into it though, I am realizing that although it's funny and an enjoyable read, I am really not buying it.  First, some of the stuff is so over the top that it doesn't seem very realistic.  Second, I was really not liking all the characters as much as the start.   They didn't seem that there was much depth too them and certainly were 'broken' in many ways; maybe I shouldn't judge?  Third, the book is chalk full of inappropriate language and sexual situations (like, alot).  Normally, I wouldn't mind much, and some of the sex related parts are funny, but I actually thought it was so much that it distracted from the overall arc of the story.  So, I was kind of getting to a point near the novel end that I was just not enjoying it as much as previously.

Then, I finish the book and am back in a good place.  Cute ending, wrapped a few characters and the story, no major departures from the logic of the story... not too bad.  The author also did a nice job of bringing back the characters to where you thought they should be.  Some frustrated relationships were reconciled, some people who were being fake returned to who they truly are, etc.  So, about a week ago I was pretty pumped on the finish.

Finally, I am writing this nearly a week later and thinking back to the book with not as great memories.  Sure, I still remember it as a fun read with an engaging story.  I definitely remember the pretty screwed up characters and their attempts to improve their lives.  But I also remember not much coming with me after finishing.  No great thoughts or ideas.  No admiration for these individuals as entertaining as they might be.  In whole, I really enjoyed the book while reading it but take little with me.

Now we are at a sort of interesting reviewing question.  Should the my rating be based on my mindset when directly finished or after some time to resonate?   I've never thought about it before.  There are probably plenty of books that I have read that actually get better with the passing of time and thinking back on them.  This one happened to get worst.  What should I make of it?  I guess I'll split the difference and go with 3 stars.  Immediately after the book ended I was at a 4, now I'm at a 2.  Average it out for a 3.  If I were you though, you should read it yourself and make up your own mind... just give it a few weeks before you finalize that decision.
Posted by droth8um at 7:45 AM